I started my stonecarving business in 1995 in the small hamlet of Path of Condie after gaining my degree from Glasgow School of Art and subsequently studying architectural carving at Weymouth College in Dorset. During that time I undertook a wide variety of both private & public Art commissions including creating niche carvings on Tay Street Flood Prevention Wall, large marine life elements in Morecambe, lettered panels on the Canongate Wall at the Scottish Parliament and most recently working with the sculptor John Maine to letter the memorial to Stephen Hawking in Westminster Abbey.

Through my long-standing association with Memorials by Artists, I became a founding member of the Scottish Lettercutters Association in 2001. In 2005 I was awarded a QEST scholarship which enabled me to spend four months improving my model-making, casting and carving skills at the workshop of the French stonecarver, Marc Chevalier Lacombe near Orleans, France. Then in 2008, I won the JD Fergusson Arts Award Travel Prize to realise my ambition to travel to Carrara, Italy to learn marble Carving at the Arco Arte studio with sculptor Boutros Romhein.

Now based in Glenfarg, I primarily undertake private commissions to create unique hand-carved memorials, lettering and carved features in a wide variety of British stone. The inspiration for my carving is drawn mostly from the natural world around me in this lovely part of rural Perthshire.

Thank you Gillian for your patience in gradually bringing together our random thoughts of Bob into this elegant design. Your letting my daughter and me try our hrand at carving was special, and made us appreciate your highly skilled workmanship all the more. Many years from now, this stone and its words will still uplift the heart.

Thank you for the wonderful job you made of the headstone – it is exactly how we imagined it would be. It is a unique tribute to a unique person and we are very grateful to you for bringing it to fruition.

When my husband Jim died almost 6 years ago I knew I wanted his headstone to be special, Jim and I had talked about this, we didn’t want the usual as we liked natural stone and on looking into finding a stonemason I found Gillian, her work looked amazing and knew that is what we wanted. I met with Gillian and asked her if she would make the headstone that both my husband had spoken about and she agreed. I visited a few times while it was being made and Gillian kept in touch with the progression right from the start .
The finished headstone was and still is a work of art and people who I've met over the years at the cemetery always comment about it. I am in awe of the stone as its features carved in stone make it so personal for my family and myself and can’t thank Gillian enough for her craftsmanship and eye for detail.

We have been down to see the gravestone and we love what you have done! Beautiful carving and a lovely stone, understated and tasteful. Thankyou!

Ronald still talks about how wonderful it was to be able to draw an insect for the stone.
It really helped him with the grieving process.

Would just like to say that it’s looking so good and a lot of people have commented on your work. It truly looks so special.

My sister and I wanted a headstone for our Father that reflected the man he was and the life he had lived.
After a couple of meetings with Gillian the initial design was sketched and with a few tweaks we were happy to go ahead.
The final work was a masterpiece, a work of art from a truly gifted artist and crafts woman, it was as individual as he was.
My sister and I, and especially our Mother, were delighted with his headstone.

I wish to express our deepest gratitude to you for my Father's beautiful headstone. Your clear, practical and professional approach to every detail of the process was so very reassuring and your empathy, artistry, vision and skill has transformed our ideas and aspirations into an exquisitely designed and carved memorial of such special meaning to us. Thank you from all of our family.

Let's Create Something Together 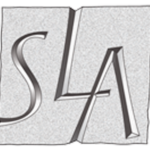